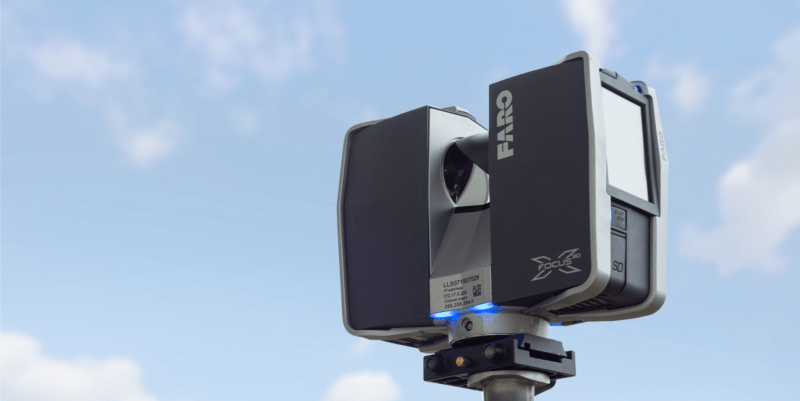 What are the main benefits of 3D Laser Scanning

Terrestrial 3D laser scanners works by sweeping the laser beam in all direction usually 360° by 300°). The scanner calculates the distance to an object by calculating the time it takes for the laser beam to hit an object and bounce back to the scanner. However unlike the normal rangefinders, the terrestrial 3D laser scanners record data in x, y and z coordinates. This makes it possible to convert the surveyed data into detailed 3D representation of all coordinates often referred to as Point Cloud.

What is 3D Laser Scanning used for?

How much does a 3D Laser Scanner cost?

The entry level terrestrial 3D laser scanners from the industry leading manufacturers cost from around £30,000.The more advanced models can cost up to £100,000.

However, a terrestrial laser scanner is no more than a box on a tripod without the required software and PC machines that can handle pall data and a person with a knowledge of operating the scanner and software.

We are a team of UK measured surveying professionals who adhere strictly to customer requirements to get the best results. All team members are focused and perform the work to the best of their ability.

We use Faro x130 3D laser scanning equipment for all our surveys. The scanner is capable of recording up to 1 million points per second, has a range of 130 metres with an accuracy error pf +-2 mm. We also use the most advanced software like Faro Scene, Autodesk Revit, AutoCAD and ReCAP to deliver the right product for you.

Each client has different requirements, which is why we offer the most adaptable list of services to cater to your individual needs.

Our company offers competitive prices. And there are no hidden fees. We always carry out work on time and offer flexible service terms.

Available as soon as the same day, delivering as-built plans typically in 3 days.

We value our customer experience and want to make it as smooth as possible. Therefore we provide just one point of contact for each project.

Revit families
Reviews
We appreciate all your feedback and will continue to post free Revit content. We would really appreciate if you could leave Google review a for our website.