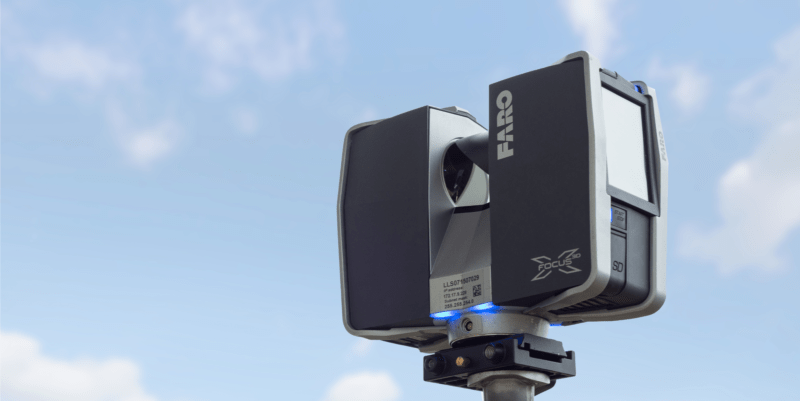 You may ask, when was 3D laser scanning invented? After the first invention of a laser in 1960’s, LiDAR ( light detection and ranging ) was initially tested on airplanes which were used as a platform laser beams. However the fully functional LiDAR laser scanners were only available in the late 1980’s, after the Global Positioning System (GPS) and internal measurement units (IMUs) were invented.

What are the main benefits of 3D Scanning

How does laser scanner work

3D laser scanners works by sweeping the laser beam in all direction usually 360° by 300°. The scanner calculates the distance to an object by calculating the time it takes for the laser beam to hit an object and bounce back to the scanner. However unlike the normal rangefinders, the terrestrial 3D laser scanners record data in x, y and z coordinates. This makes it possible to convert the surveyed data into detailed 3D representation of all coordinates often referred to as Point Cloud.

What is 3D Scanning used for

How much does a 3D Laser Scanner cost

The entry level terrestrial 3D laser scanners from the industry leading manufacturers cost from around £30,000. The more advanced models can cost up to £100,000.

However, a terrestrial laser scanner is no more than a box on a tripod without the required software and PC machines that can handle pall data and a person with the knowledge of operating the scanner and software.

Look At Our Other Services

This type of measured survey involves the largest work scale, as it involves the survey of the entire building internally and externally, as it typically includes the basement and all of the technical rooms.

We are 3D Visualisation experts providing CGI and Rendering services for Architects, Interior Designers and Developers

Revit families
Questionnaire
Share this with your friends:
Popular posts
RECENT ARTICLES
MENU
We are in social networks
CONTACT
If you have any questions or want to discuss your project please do not hesitate to contact us:
Measured Surveys Measured Surveys 347 Barking Road, London, E13 8EE+44 (0) 203 538 8176+44 (0) 739 901 1771 hello@measuredsurveypro.co.uk